Skip to content
Posted on July 15, 2017September 6, 2017 by evilbookpusheroverlord 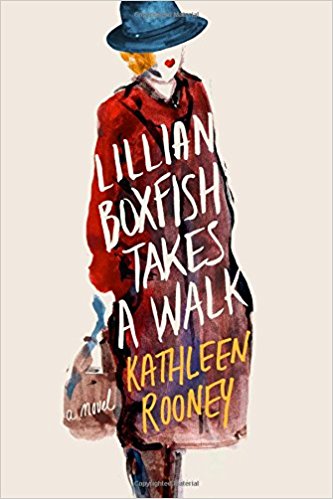 Imagine it is New Year’s Eve, 1984. An elderly resident of the Murray Hill community of New York walks to her favorite neighborhood restaurant for dinner only to realize she isn’t hungry. To prepare herself for her end of the year meal, she decides to take a walk around her neighborhood and, ultimately, throughout the city she loves. As she walks, she remembers and reminisces about the six decades she has lived here, how some things have changed, how some are still the same, the effects she has had and how she has been affected by her life there. Kathleen Rooney, author of Lillian Boxfish Takes a Walk, allows readers to take that walk too. And oh what a walk it is!

In Lillian Boxfish Takes a Walk, the titular character is a fictional stand-in for Margaret Fishback. Fishback was a writer hired by Macy’s in the mid-1920s to work in advertising. While largely forgotten now, by the 1930s, Fishback became the highest paid female advertising writer in the world. She also published several collections of poetry and was a regular in the New York society pages for decades. As Boxfish walks through the streets of New York, it allows her to wander through her memories of the neighborhoods and buildings where she has worked and lived. This thinly fictionalized version of Fischback’s life presents Boxfish as a strong willed young woman making her own way in New York from the pre-feminist 1920s through the mid-1980s, while including all of Fishback’s major life events. Rooney provides Boxfish with a strong, clear voice that expresses everything from joy to devastation while recounting her experiences. She also maintains the position that it is crucial, in almost every interaction with others, to maintain one’s civility and treat others with respect (and she mourns the few times recounted when she failed to do so). The tone is conversational, as Boxfish remembers, ponders, is diverted and then circles around to earlier points.

The novel also works as a type of time-capsule, illustrating how New York and its inhabitants have grown and changed over the six decades covered while also looking at how much New York has changed in the 30 years since the novel’s setting.

Lillian Boxfish Takes a Walk is a love letter to New York City and civility, which, for some, may seem mutually exclusive, but Boxfish and Rooney illustrate how they actually coexist quite nicely.

View all posts by evilbookpusheroverlord